A rare and fascinating story that began when Sumba’s ancestors, the “Marapu,” landed on the remote beach centuries ago.

The Sumba Foundation had an unlikely beginning. The founders, Claude and Petra Graves, first developed a hotel resort, called Nihiwatu. In the early years of the development of Nihiwatu (1988 to 1994), Claude and Petra Graves lived much the same as the villagers around them did. They didn’t have running water, electricity, or clinics to go to if they were sick. They each contracted malaria dozens of times, experiencing firsthand the debilitating disease.

Claude and Petra committed to finding solutions to these core issues their neighbors were struggling with: no access to water, poor health, widespread malaria, malnutrition, no health facilities within a day’s walk, and minimal education. The vehicle they would use to fulfill the needs of the community was Nihiwatu. Claude and Petra started by getting their guests involved in helping them help the community around the resort.

In 2001 they met Sean Downs, who was a guest at Nihiwatu. He was at a stage in his life where he was looking for something more meaningful, and he found it in Sumba. After reading Claude’s 20-year Sumba Foundation business plan, which outlined the many projects, how and when they would be initiated and their cost, Sean offered his help.

Soon after, the Sumba Foundation was established as a private, non-profit, non-governmental organization. The goal of the foundation: To help ease the burdens of poverty the Sumbanese communities were living under.

We are fully committed to helping the people of Sumba prosper while preserving and respecting the cultural traditions of its people.

Despite all that the Sumba Foundation is small, it is a very effective organization that is fully committed to helping the people of Sumba while preserving and respecting the cultural traditions of the people. The aid plan is based on 30 years of first-hand knowledge of the island and its people.

During these years, the organization has closely observed the way of life of the Sumbanese and talked with them about their most pressing needs and desires. Information was gathered from anthropologists, foreign volunteers, development workers and the government to determine the way forward.

This philosophy of aid is to help people help themselves; they do not believe in constantly handing out handouts or spending large sums of money to solve problems. The Sumba Foundation knows that small projects that are well managed and cost effective bring the best results.

The team at this foundation believes that each and every one of them has a responsibility to make better use of their position and resources to help people living in poverty realize their needs and their vision of a better world. This is not just about sharing any resources with others in need, but perhaps more importantly, getting involved in the world around us with the goal of gaining a new perspective.

With the hotel guests’ involvement, miracles started to happen. Their support was and still is instrumental to the success of the Sumba Foundation.

Guest donations went directly to funding specific projects, and the donors often became personally involved in their projects. Knowing they were helping added value to their stay at Nihiwatu.

Nihiwatu’s role, in the joint mission to alleviate poverty in the region, was to be the economic engine of the Island. Hundreds of jobs were created in and outside of the resort. Without that employment there would have been no hope of lifting the community out of the harsh conditions they were living under.

The Sumba Foundation and Nihiwatu model, that of a non-profit working side by side with a for-profit business, each with its own role to play in poverty reduction, was recognized in 2007 when the World Travel and Tourism Council (WTTC) awarded Nihiwatu the Tourism for Tomorrow Award, the “Oscars” of all travel awards.

And again in 2008, this tourism model was the winner of the PATA Gold Award.

The cooperation with Nihi Sumba Resort

The Sumba Foundation and the recently renamed Nihi Sumba Island resort are two separate entities working side by side to improve the lives of the people of Sumba.

Since its opening in 2001, the Nihiwatu, renamed Nihi Sumba Island, has been the most important economic factor on Sumba. Over the years, thousands of jobs have been created, in addition to millions of dollars spent on locally sourced products. This has transformed the communities, which are now more prosperous than ever before.

Nihi Sumba is a Member of Lifestylehotels™ 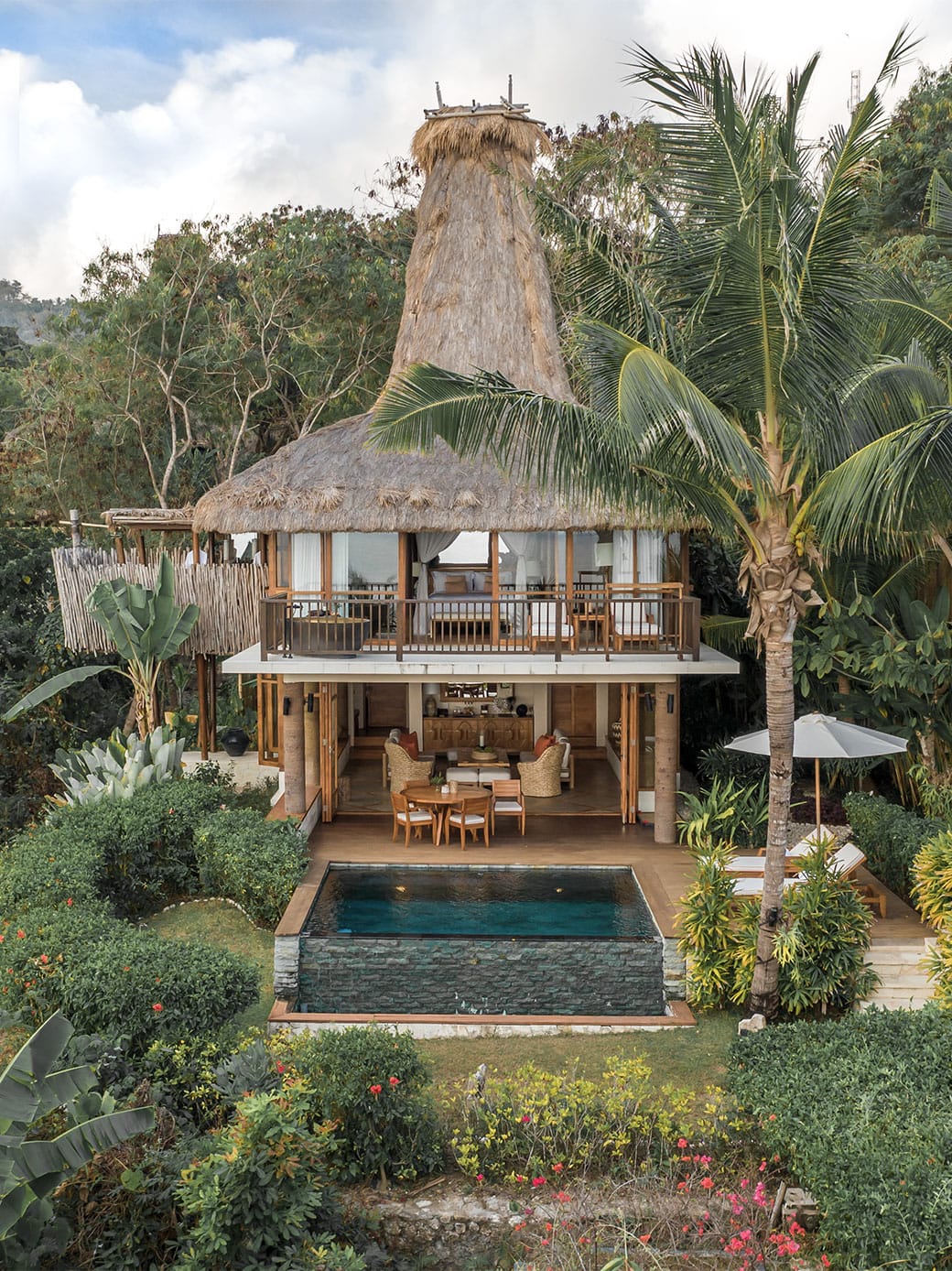